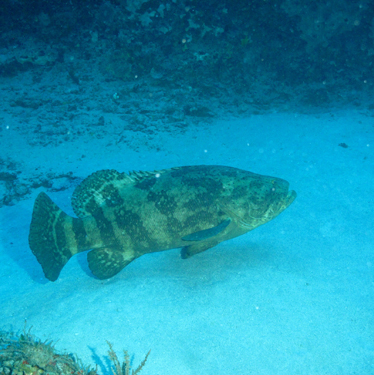 Microplastic (MP) is a broad term used to describe microscopic plastics with sizes ranging from 1um to 5mm 1. Anything less than that can be considered nanoplastic (NP), which is also prevalent in the ocean.

The shapes of microplastics can vary from fragments, fibers, pellets, film, and spheres2. The properties such as the size, shape, and charge are constantly changing which affects the bioavailability, or circulation into living organisms.

How are microplastics being accumulated in the ocean?

Microplastic accumulated in the ocean can be divided into two categories.

The primary means of accumulation of microplastic is released directly into the environment via domestic use, industrial effluents, spills, and sewage discharge. This category might include fragments, fibers, pellets, film, and microbeads which are already small when they enter the environment.

The secondary means involves the gradual degradation and fragmentation of larger plastic particles already present in the environment. This includes larger polymer particles and objects that degrade to a smaller size by biological degradation, abrasion or UV radiation. With time these small plastic microbeads can continue to degrade into nanoparticles ranging from 1nm to 100nm.

How much microplastics is in the oceans?

The plastic production generated in 2016 was estimated at 335 million metric tons and the demands continue to increase 2. It is estimated that over 5 trillion plastic particles weighing over 250,000 tons resides in the ocean.

The toxicity of microplastics in living organisms has been largely debated in scientific literature. Below is the verdict of SAPEA’s Evidence Review Report on micro- and nanoplastic pollution, published in January 2019. The report was written by a group of world-leading experts nominated by academies across Europe, and informs Scientific Opinion 6 from the European Commission’s Group of Chief Scientific Advisors:

“The best available evidence suggests that microplastics and nanoplastics do not pose a widespread risk to humans or the environment, except in small pockets. But that evidence is limited, and the situation could change if pollution continues at the current rate.”

According to the report, research has shown conflicting results regarding entry and harm to organisms. In controlled experiments, high concentrations of certain microparticles have been shown to cause physical harm to the environment and living creatures, including inducing inflammation and stress. The reality is that even though the oceans are heavily polluted, the actual concentration of microplastics in most real-world locations is far below this threshold of the harmfully high concentration studied by scientists (as far as we can tell with current measurement tools).

A recent article published in Marine Pollution Bulletin utilized a wide range of sizes of polyethylene microspheres, such as those produced by Cospheric LLC (USA), to investigate whether microplastics are toxic to the environment. The study showed that polyethylene microplastics used in this study were not toxic to the unicellular marine organisms exposed at environmentally relevant concentrations or even at higher concentrations.

In this study non-fluorescent low-density and high-density polyethylene microparticles were used in sizes from 1micron to 500micron in diameter. The authors state that in this study, bacteria luminescence inhibition and micro algal growth were not affected by either the virgin or the oxidized PE-MPs at concentrations of up to 25 mg/L.

These results confirm previous data on the absence of ecotoxicological effects included in standard test guidelines in decomposers and primary producers exposed to MPs. The authors refer to prior publications by other researchers who also investigated ecotoxicological effects of plastic microparticles in the same bacterium as well as several microalgae and did not find any toxic effect at environmental concentrations.

Due to limited number of studies in this area, the questions of whether microplastics are toxic remain. For example, would nanoplastics (particles smaller than 1um in diameter) would behave differently and have a stronger effect? Are we measuring the right parameters? Do we need to investigate alternative responses to detect the potential risk and influence on plastics on unicellular organisms?

It is important to note that, as they disperse and degrade in the ocean, polymer microparticles undergo changes which can alter their bioavailability and access into living organisms.

The dispersal determines which depth and area of the ocean and which organisms are impacted. The density, size, and surface properties determine the depth and distance microplastics particles travel. Any given microparticle can take weeks to years to reach the ocean floor. This dispersal directly impacts the marine communities inhabiting that area.

Do microplastics alter the ocean ecosystem?

The effect on the ecosystem could potentially happen indirectly by altering the environment around marine life. 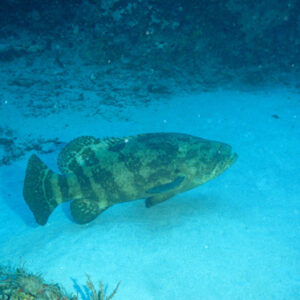 A study shown in “Interactions of Microplastics throughout the Marine Ecosystem” by Galloway et al. observed the digestion effects of polystyrene microspheres in zooplankton. The fecal pellets of zooplankton are a vital carbon source for marine life in the deep depths of the ocean1.

The polystyrene fecal pellets took 53 days longer to reach the bottom of the ocean. This delay in carbon supply impacted deep ocean life that is dependent on this maintenance of carbon flux. The experiment used polystyrene microspheres but polyethylene and polypropylene, which are more abundant in the ocean, are less dense and may take even longer to sink.

Fertility and fecundity were greatly reduced in oysters during an 8-week exposure experiment to polystyrene microparticles. The findings showed a decrease in sperm motility, oocyte production, and size of oocytes. Similar effects were found in offspring not exposed to microspheres. The study suggested that the microspheres were present where the food should have been and had adverse biological impacts. A similar result in Daphnia magna led to immobilization. The energy production was most likely inhibited using the 1um polyethylene experimental particles1.

Most of the microplastic research is designed to study the effect of a specifc microplastic polymer in a specific size and shape. Usually completely pure polymer particles are used to ensure other uncontrolled effects. Unfortunately this creates a bias and might disguise the real picture, because most microplastics in commercial and domestic use are not pure polymer. They often contain additives such as flame retardants, antimicrobials, and plasticizers, which may be released into the ocean as polymers break down over time in the ocean environment.

Hideshige Takada of the Tokyo University of Agriculture and Technology has analyzed plastic pellets found on beaches around the world and fed chicks living in their natural environment a diet of fish laced with PCB-laden polyethylene resin pellets collected from Tokyo Bay. The pellet-consuming chicks took in up to 3 times the concentrations of lighter-weight PCB compounds, or congeners, as did chicks fed fish alone, he reported.3 Can we blame the polyethylene resin pellets (microplastics) for creating toxicity or was it PCB additive?

It is important to have transparently about the uncertainties and limitations in scientific evidence, especially in sensitive domains such as environment, food, and human health. Even though most people agree that we want to minimize any pollution of the environment, we cannot make sensationalized blanket statements about toxicity of microplastics, because “microplastics” encompasses many different materials with very different properties. There is simply not enough evidence for such a broad claim.

There has been an exponential growth in scientific publications of investigations into the environmental fate and effects of microplastics. However, despite these efforts, the environmental hazard of these particles is still unknown.

How can we limit microplastic pollution?

There are many strategies to help reduce the amount of microplastic accumulation. The public can reuse, recycle, and recover plastics. Alternatives to biodegradable products can be made such as polylactatide (PLA), polyhydroxyalkanoates (PHA). Laundry balls can help catch microfibers from falling off clothes in the washer.

There is also research that shows great promise towards reducing microplastic through new technologies or through bioremediation strategies. Improved water filters can help catch microplastics in wastewater treatment facilities before the water enters rivers and the ocean. Several species of microbes and fungi have been found to degrade polymers. Polyethylene, polypropylene, polystyrene, and Polyethylene terephthalate have been found to be degraded by Bacillus and Enterobacteria along with several different fungi. Polyethylene, polypropylene, polystyrene are considered nonbiodegradable 4.

These promising developments demand collective support from industry, government, and the general public.

The articles on this site are written by microsphere experts from Cospheric LLC – the leading global supplier and manufacturer of precision spherical particles.

When presenting information we look at a wide variety of sources, putting a big emphasis on any peer-reviewed technical articles that are getting published in reputable journals. Our goal is to present you with a well-rounded and informed view on the microsphere market, technologies, and applications.

As always, our technical support staff is available via email to answer any questions, offer product recommendations, provide quotes, or address custom manufacturing inquiries. We have over 2000 microsphere products in stock. If you are not finding what you are looking for on Cospheric website, let us know! We most likely will be able to recommend an alternative product to meet your needs.