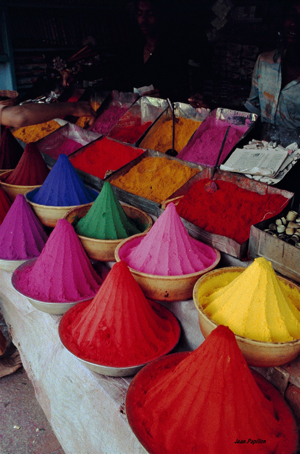 What is the density of material?

Before we start talking specifically about measuring the density of powders, let’s look at the concept of measuring density in general.

What does “density” mean?

According to Encyclopedia Britannica, density is defined as mass of a unit volume of a material substance. The formula for density of a substance is d=m/V, where d is density of material, m is mass, and V is volume it occupies.

Density varies with temperature and pressure which need to be specified if the density value must be known with high precision. Presence of impurities in the same volume, such as salinity of water, will also affect density.

How do we measure density?

Because density is a derived property which is defined based on the relationship of two other attributes of the material, weight and volume, it is usually not measured directly. It is calculated, or derived. It relies on us having a reliable accurate and precise measurement of the weight of material and the corresponding volume.

The task of doing these measurements and the calculation seems easy enough. We just need a precise scale and a good way to measure volume. What’s the catch?

The challenges in measuring density:

The catch comes from the fact that for many materials it is very difficult, if not currently impossible, to measure the weight and the volume precisely enough to enable us to divide the two measurements and calculate the density with sufficient accuracy and reliability required for the project.

In addition, we are making several critical assumptions when measuring density.

These assumptions are justifiable in most cases, and may be acceptable when only a rough estimate of density is required. Being aware of these assumptions also helps us to understand the limitations to the accuracy and precision of the density measurement.

What is the difference between accuracy and precision?

What precision of density measurement is required?

Do we need to know the density of material roughly and approximately, just to get a relative idea of how heavy it is, or do we need to know the density precisely with the accuracy of many significant figures because it is a critical variable in the design of our medical device, drug delivery system, particle simulation experiment, isolation of biological cell, or fluid flow visualization experiment?

Density marker beads are an example of precision density microspheres that are used primarily in biotechnlogy industry to create density gradients, which are necessary for the separations and purification of biological cells, viruses and sub-cellular particles. Generally a set of several density marker beads covering a range of densities is used. The gradient is calibrated with beads that float at different heights within the column. When a test sample is added to the column it drops until the point of neutral buoyancy and the density is determined from the calibration chart.

These color-coded precision density particles are critical to separation of the biological cells based on their density, which makes both precision and accuracy of the density of each particle critically important.

Researchers and engineers are constantly pushing chemical manufacturers to develop the materials and measurement techniques that offer higher and higher precision of density of materials. They are also pushing us to manufacture materials with highly precise, accurate, and customizable density.

What is the density of powders?

This is where things start getting complicated. A lot of questions need to be answered. A lot of assumptions about the density of powder need to be made.

Powder is composed of at least thousands, and often millions, billions, trillions, etc. of small particles which might vary widely in their shape, size, and even density.

The challenges with accurately measuring density of powders begin with taking a statistically-significant and representative sample of the powder. Sampling of powders is both an art and a science in itself, for the following reasons:

Because the answers to above questions and assumptions are not always clear, and the variables involved often cannot be perfectly controlled, there are many ways to define the density of powders, depending on what specific question we are trying to answer and what information we are looking for.

Bulk density is defined simply a measurement of mass of material per unit of volume. However, when we are talking about density of powders, bulk density is no longer a meaningful value, because even if the mass of the material is constant, the volume that the powder occupies can vary widely depending on how the powder is packed. Moreover, bulk density of powders can change over time as the powder settles in the container and the volume it occupies becomes smaller while the weight stays the same.

The shape of particles also will affect bulk density as shape affects individual particles’ ability to nest with other particles… Some materials are hygroscopic and will pull water from the atmosphere, which can dramatically change a material’s bulk density. A material’s surface friction or static charge also can affect — although minorly — its bulk density. 1

We can think of bulk density as the average density of a certain volume of the powder in a specific medium at specific conditions.

How is Bulk Density of Powders Measured:

Poured bulk density refers to the bulk density of powder measured as the powdered material is poured into a container. The process of pouring helps to break up or reduce the challenges of aggregation, segregation, and electrostatic charges, and helps to make the powder more homogeneous. Because the pouring process creates a very loose structure of particles, it will produce a measurement of lower bulk density. Poured bulk density is a good approximation for the density of the powder as it is moving through a manufacturing process and getting transported or transferred between containers or processes.

It is critical to know how the bulk density of the powder was measured in order to make an educated and informed use of the information.

True particle density (also known as skeletal density) represents an inherent physical property of the material and, unlike bulk density of powders, is not dependent on particle size, shape, or the degree of compaction and packing of the powder.  True particle density will not change over time.

Assuming the material has a high degree of homogeneity, the chemical composition of the material can be reliably determined if its true particle density is known. For example, if we are looking at glass microspheres but we don’t know what type of glass it is, we can make an accurate assessment of the composition by measuring the true particle density. Density of SodaLime glass is 2.5g/cc, Borosilicate glass is 2.2g/cc, Barium Titanate glass is above 4g/cc. If we know that the density of Poly(methyl methacrylate) or PMMA is approximately 1.2g/cc, but our acrylic particles measure slightly highly or lower, that is a good indication that we are probably dealing with a copolymer.

Knowing true particle density of particles allows scientists and engineers to accurately model and predict performance of these particles in specific applications.

How is True Particle Density of Powders Measured:

Traditional methods of measurement of volume by Archimedes’ principle of fluid displacement present a challenge in measuring true particle density of powders. The reason for this difficulty lies in the fact that we need an accurate measurement of the true volume that is occupied by the particles themselves, excluding any potential interior voids, cracks, or pores at the surface of particles. Liquids might penetrate into these irregularities in the continuity of the particle, and cause us to generate serious errors in the measurement of apparent volume when density is evaluated by liquid displacement.

For accurate and precise measurement of true particle density it is important that all air pockets, voids and/or pores in the packing of powder or in the surface of material itself are taken into account and subtracted when measuring the volume of the particles (true volume).

Pycnometers are instruments designed to measure the true volume of solid materials by employing Archimedes’ principle of fluid (gas) displacement and the technique of gas expansion. Preferred gas for measuring true particle densities of powders is helium gas. Due to its small size, the helium gas will penetrate surface down to about one Angstrom, thereby enabling the measurement of powder volumes with great accuracy. The measurement of density by helium displacement often can reveal the presence of impurities and occluded pores which cannot be determined by any other method. 2

All Cospheric microspheres are characterized for true particle density by utilizing our proprietary density measurement technique which relies on NIST-calibrated gas pycnometry and high precision NIST-calibrated scale. To best support our customers’ research needs, every Cospheric product offered for sale is listed on Cospheric website with true particle density as part of product description.

What is Density of Microspheres?

Microspheres are typically defined as spherical particles between 1micron and 1000micron (mm) in diameter. Some microspheres are a naturally occuring byproduct of a chemical process. For example, the process of burning coal in thermal power plants produces fly ash containing ceramic microspheres made largely of alumina and silica. However, most of the microspheres on the global market are manufactured commercially as precision engineered materials with specific properties and functionality in mind. Density of microspheres is one of the critical properties of microspheres that are controlled during the manufacturing process.

Because microspheres are most often used a component of a system, and are mixed in with the other materials, true particle density (as opposed to bulk density) is critical to ensuring that the microspheres will be able to disperse and suspend in the containing media, float to the bottom, or sink to the surface.

The articles on this site are written by microsphere experts from Cospheric LLC – the leading global supplier and manufacturer of precision spherical particles.

When presenting information we look at a wide variety of sources, putting a big emphasis on any peer-reviewed technical articles that are getting published in reputable journals. Our goal is to present you with a well-rounded and informed view on the microsphere market, technologies, and applications.

As always, our technical support staff is available via email to answer any questions, offer product recommendations, provide quotes, or address custom manufacturing inquiries. We have over 2000 microsphere products in stock. If you are not finding what you are looking for on Cospheric website, let us know! We most likely will be able to recommend an alternative product to meet your needs.